mc chris is an asshole

I feel like this is something that deserves a plug on my page, since this is relevant to what I do as an artist. This is a warning story to everyone that ever submits to a contest of someone they're a big, long-term fan of, and how crushing it is to lose respect for the person you're submitting to.

Back in May I submitted three (four if you count a variant) t-shirt designs to mc chris for a contest. I was totally fine with not winning the contest, and I was fine with him not mentioning my design as one that he liked on facebook when he gave out kudos.Yesterday I noticed he has a brand new tank top coming out that's essentially my design redone. I find it more than suspect that he puts out a contest for shirt ideas because he has none, and then that after I submit a Fantasia-style wizard hat he conveniently has a redone version of a Fantasia-style wizard hat coming out as new merch. In certain situations I might say that if this was a rare case of overlapping ideas, since this should have been an obvious concept, he should have sent me a courtesy e-mail stating that he had a similar shirt already in production. In this case I call blatant idea theft. 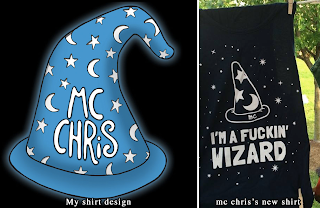 Here's a photo of the art on his website, in anticipation of all the content eventually being pulled. My designs are the first three of the third row. The contest winner is the fourth row, second image. There was one other design submission with Fantasia as a theme, featuring mc chris as Mickey Mouse controlling some brooms. It's the second row, fourth image in. It's hard not to think of Lord of the Rings or Fantasia when you hear a song called "I'm A Fuckin' Wizard". Even so, it's hard not to call folly when you submit JUST a Fantasia-wizard hat for a shirt contest, and then within a month there's a redone version of just that. 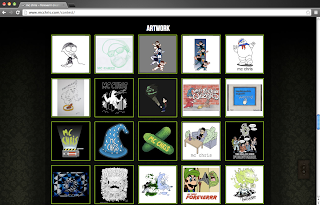 And here's the "variant" I mentioned that he didn't post to his site. 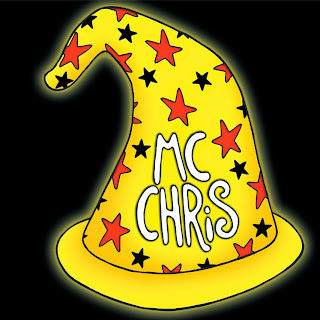 The worst part about all of this is that I had submitted to his contest in hopes of reaching a wider audience, not to make money. The money wasn't the point at all. I didn't submit thinking, "I'm definitely getting $500 for this!". I submitted because I liked him, I liked his music, and if I did win it would be a step in the right direction for a struggling artist. If I had even received an e-mail along the lines of, "Hey! I really liked your concept, but I want to totally redo it and go in a different direction. Is that cool?" I would have been all over that, and I would have offered to redo it for free if it meant a shout-out to my website or art page. Instead my ideas are reaching a wider audience, just not in the ways I had hoped. Mc chris is foreverrr dead to me.

July 8, 2014 UPDATE: I'm changing the title of this entry from "mc chris is an idea thief" to "mc chris is an asshole". Here's our facebook conversation and a breakdown of why other artists should stay far, far away from him: 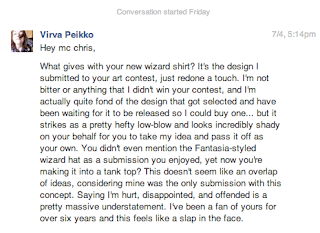 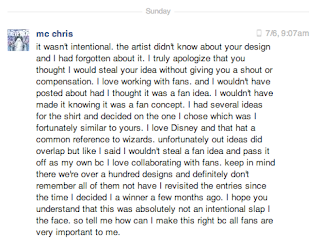 Side commentary: I know he's a big fan of Disney, which is why I submitted that design to start. It's weird that out of 102 contest entries he doesn't remember something that he would enjoy, which he then hires someone to make for him. Also... not to be a super dick here, but 102 entries is not a whole lot be able to use the excuse "too many submissions for me to remember". 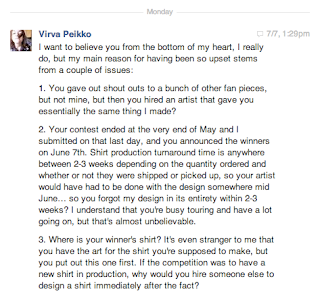 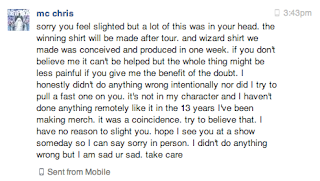 … so apparently pointing out why I take issue with this, that months have not transpired and that the redesign must have taken place within 2-3 weeks (3 weeks if he paid a rush fee and it was genuinely produced/in hand in 7 days) of the contest ending, is this situation being "in my head". I must have imagined submitting that design, then. Thanks for insulting me and then saying you'd like to see me at a show to apologize for having done absolutely nothing wrong.
Posted by Virva at 5:07 PM 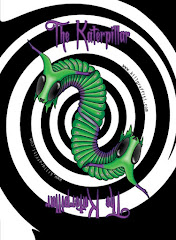